Showed up to work right on time with dirty finger nails, itchy nose, slightly dreaded hair, and ready to indulge in the delicious cafeteria coffee. 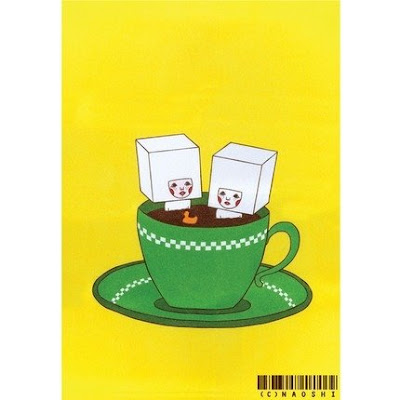 On another note:: (below is probably the most I’ve ever written and it’s about my wonderful weekend)…

**This weekend was packed with laughter, the Honey, and b.o.o.z.e. Thursday was the Ryan Adams & Cardinals show which was superb to the max. He completely reissued the love that I once had for his sobby folk rock-n-roll tunes with a grand show. The first set we all sat and listened to what they had to offer and then by the second set the crowd could not sit still. It was awesome!

Friday I was headed to work until I realized I may not make my commute safely due to rain showers and the boss said to take the day off, YES! This called for relaxation, aka movie time, and Adaptation was the m.o.c. (movie of choice) which really funked my world up. It’s an older film with Nicolas Cage involving a screenwriter, orchids, death and loneliness. so w.i.l.d. After the movie was over and the weather cleared up, Dusty and I decided to take a stroll to Birmingham and do a little shopping and visit the art museum. Stopped at Gap and Urban Outfitters because I have been dying to purchase a skin tight pair of black jeans, and the ones I decided on rule (BDG). At Gap, DP and I picked up some cheap basics and decided to head to the museum. The art was so wonderful, even though, due to the shopping we had to rush through most of the exhibits.

There was a crazy Leonardo De Vinci exhibit, in which we were given magnifying glasses so that we were able to see the tiniest details of his work. Leonardo is a genius, and a very detailed man. After exploring for a bit more we made it back home to make some delicious turkey burgers that were so mind blowing yummy!!! Later Emma came over, having to escape from the back woods of Navou, AL and we hung out, laughed, and went to bed.

Saturday morning we all played with the chicken, a usual Saturday morning ritual and then jumped on bikes, booze on our backs, and rode to a friends house to watch the football game. We partially watched the game, threw Frisbee, and consumed a lot of booze. Later decided to meet up with some friends on The Quad and we all jumped on the bikes, and rode out. Hung out there for a while, I think, and then decided to bring the tiny party to my house. This is where Emma and I loss one another on our bike ride home, I crash and burn, scrapping my arm up and hurting my shoulder and the boys ride with both of them on DP’s brand new bike..ended with a reflector being broken off and stopping at a bar for quick shots. WOWZA right?! The rest of that night is all caught on my full memory card, and is out right n.u.t.s.

Sunday was a bit more relaxing, woke up and made the boys some breakfast bagel sandwiches and sent them on their way. Emma and I cleaned up the place, got coffee and went to the Kentuck Art Festival in Northport. We hoped on the shuttle only to hop right back off when we spotted yard sales on the way. hehe. bought some great things, and will def take photos tonight! We made it to the festi and ran into some familiar faces, guzzled sweet tea and looked at art from all over the USA. Made it back home and decided it was time to carve the pumpkins, easier said then done, but they turned out great!! I did a spooky bat and she did a complicated pirate ship. I love Halloween!!! Even though the weekend was far more exhausting than expected we didn’t slow down there, Emma and I decided to make a feast of a dinner.

The feast consisted of homemade bread crumbed egg plant fried in EVOO and homemade onion/zucchini marinara sauce, and mozzarella cheese (all of this layered and recooked!) to be placed on top of bow tie pasta. Side of spinach leaves with Emma-Made vinaigrette/mayo dressing. MmmMMMmM.

After a long weekend it was time to say goodbye to Emma, strap the pumpkin in the passenger seat and start getting ready for another 9-5 week.

Shop Designer Boutique Tops, Boots, Tops, Shop All and more. Get this widget.